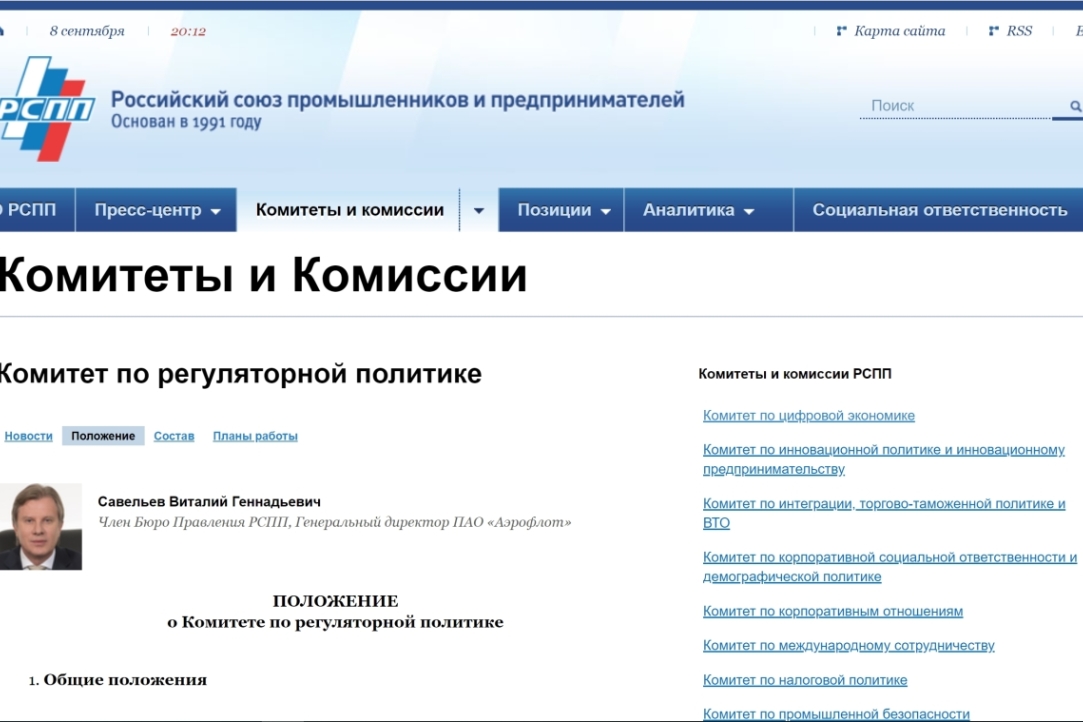 The Regulatory Policy Committee was established in April 2018 to develop a constructive dialogue between the business community, government bodies, and public institutions on regulatory policy issues. The Committee includes prominent representatives of the financial and industrial sector, energy, mining and metallurgical, mineral and chemical industries, transport, production of high-tech equipment and other sectors of the economy.

Daniel Tsygankov presented the report “Regulatory policy in Russia: the main trends and architecture of the future” prepared by the Center for Strategic Research and the National Research University “Higher School of Economics” [ Presentation September 4, 2018 ].